Time lines also apply to appeal an annual rating. An employee has only 15 days from date of receipt on an unsatisfactory rating. 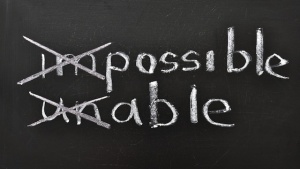 MESSAGE FROM THE PRESIDENT

CSEA is committed to seeking social justice and basic human dignity for every member.

This brochure is written in that spirit as a resource to breaking down barriers.

CSEA Resources to Breaking Down Barriers

The committee monitors and promotes equal opportunity both inside and outside of the union. In addition to securing the rights of protected class employees, it promotes increased awareness of, and sensitivity to, the special needs of minorities and the disabled among CSEA's general membership.

It is the role of the advisory committee to make recommendations to the CSEA president pertaining to issues affecting minority members:

To address discrimination in all forms, work with Civil Rights and minority organization, to advance our common goal of protecting civil, human and constitutional rights; and

To fight discrimination within the Union and without, and stress the importance of building unity among diverse groups.

Labor's bridge to diverse communities creates and strengthens partnerships to enhance the standard of living for all workers and their families. The groups also ensure the union movement hears and responds to the concerns of the communities they represent.

The Coalition was founded in 1972 to bring more blacks into the labor movement and improve the social-economic level of minorities while strengthening unionism.

Many CSEA members attend the annual CBTU Convention which is held over the Memorial Day weekend with the convention's first event usually scheduled Thursday at 9 a.m. Expenses to attend may be paid out of local/unit funds although such funds cannot be used for individual memberships.

LCLAA is the official Latino constituency group of the AFL-CIO. LCLAA is the first national organization to represent the views of not only Latino trade unionists but all Latino workers seeking justice at the workplace.

LCLAA was founded in 1972 by local Latino trade union committees to promote participation by Hispanic trade unionists in a more responsive labor movement. LCLAA builds political empowerment of the Latino family, supports economic and social justice for all workers, and promotes greater cultural diversity at the workplace.

Expenses to attend the annual National Membership Meeting may be paid out of local/unit funds although such funds cannot be used for individual memberships.

CLUW is America's only national organization for union women. Formed in 1974, CLUW is a nonpartisan organization within the union movement.

The primary mission of CLUW is to unify all union women in a viable organization to determine our common problems and concerns and to develop action programs within the framework of our unions to deal effectively with our objectives.

APALA is a national membership organization that unites the labor movement and the Asian and Pacific Islander community by mobilizing the API community in support of worker organizing and political action, advocating for worker rights, civil rights, and immigrant rights, and building long term labor community alliances.

Pride At Work is the lesbian, gay, bisexual and transgender (LGBT) Constituency Group or the AFL-CIO. Its purpose is to mobilize mutual support between the organized Labor Movement and the LGBT Community. There are two chapters in New York State: Metro (New York City) and Albany (Capital District).

A. Philip Randolph Institute
The senior constituency group of the AFL-CIO
In 1965, APRI was founded to fight for racial equality and economic justice.It serves as a bridge between labor and the black community and seeks structural changes through the American democratic process. Members are involved in political and community education, lobbying, legislative action and labor support activities.

Other Resources to Breaking Down Barriers

Many CSEA members attend the caucus's annual legislative weekend in Albany the third weekend in February. Expenses to attend may be paid out of local/unit funds.

NCBI is a nonprofit leadership training organization based in Washington, D.C. Since 1984, NCBI has been working to eliminate prejudice and intergroup conflict in communities.

NCBI's proactive approach begins with a corps of community leaders who are taught effective bridge-building skills to combat intergroup conflicts. The local leadership team embodies all sectors of the community including labor union leaders. These community leaders work together as a resource team, offering prevention-oriented programs to deal with prejudice and intergroup tensions. Using NCBI tools for working through tough polarizing intergroup issues, the leadership team is available to intervene when specific intergroup conflicts arise.

NCBI trains leadership teams in a variety of settings.

National Association for the Advancement of Colored People

The mission of the NAACP is to ensure the political, educational, social and economic equality of rights of all persons and to eliminate racial hatred and racial discrimination.

A working men and women - every one and everywhere - we are our greatest resource.

We organize and represent workers to ensure our voice is heard, our place at the table is kept and the American dream is ours in the 21st Century.

As a labor union, we hold these values as our working principles:

The PEOPLE Program is CSEA and AFSCME's legislative and political action program.

A guide to help activists with their duties along with numbers and a few ways to relieve the "stress" of the job!

If you want to do retirement right, you'll need a checklist. But what tasks should be on your pre-retirement checklist?